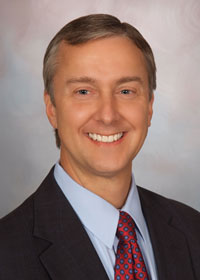 Jay Woodall, FACHE, has served as the Chief Executive Officer of Corpus Christi Medical Center since 2011. He has more than 20 years of healthcare leadership experience and a commitment to improving the health of the community in which he serves. Jay previously served as Chief Operating Officer at Corpus Christi Medical Center. He has also served as CEO of Spring Branch Medical Center, Texas Orthopedic Hospital, East Houston Medical Center and Trinity Hospital.  Before those, he served as Chief Operating Officer at Putnam Community Hospital. He earned a bachelor’s degree from the University of Tennessee in 1986 and his master’s degree from Trinity University in San Antonio in 1989.

Corpus Christi Medical Center is led by a team of more than 1,200 employees and over 600 medical staff members. This team is supported by a Board of Trustees composed of highly respected and accomplished physicians and community business leaders, and led by our accomplished administrative team.

Current members of our Board of Trustees are: